Ana Paula, head of technical development tells us about working at Viúva Lamego since the 1990.

You joined Viúva Lamego in 1990. How was manufacturing and product development back then?

When I joined, after graduating in Chemical Engineering at the Instituto Superior Técnico, the factory was still very much in the nineteenth century. We were in the middle of Lisbon and we were still working with wood kilns, for instance. The neighbours complained that their clothes smelled of firewood, we had buildings being built on our doorstep. The city had grown and reached us, just as had happened with the first Viúva Lamego factory that this one had replaced, the beautiful blue-and-white-tiled façade in Largo do Intendente.

Initially, my job was to help with the change of facilities and to bring in a more organised approach to the way we worked: the manufacturing process, quality control, etc. Up until the nineties, the legacy of secrecy still had a huge impact on the way we worked. There wasn’t much of a culture of sharing technical or artistic knowledge in Portugal. To give you an idea, Manuel Cargaleiro, who still has his workshop with us here, once told me that when fellow artist Jorge Barradas found out he was to start teaching, he kicked him out of the atelier they shared, fearing that Cargaleiro would divulge his methods and techniques to his students.

For us, this legacy of secrecy meant things such as having trouble reproducing an exact colour, because nothing was registered, we didn’t have a technical approach to creating colours. Today we have a structure and a team that’s technically much more evolved. And artistically, we now benefit from the existence of better schools, on which we can rely when looking for trained and talented painters, for example. All our painting is manual, so painting remains a crucial aspect for us. 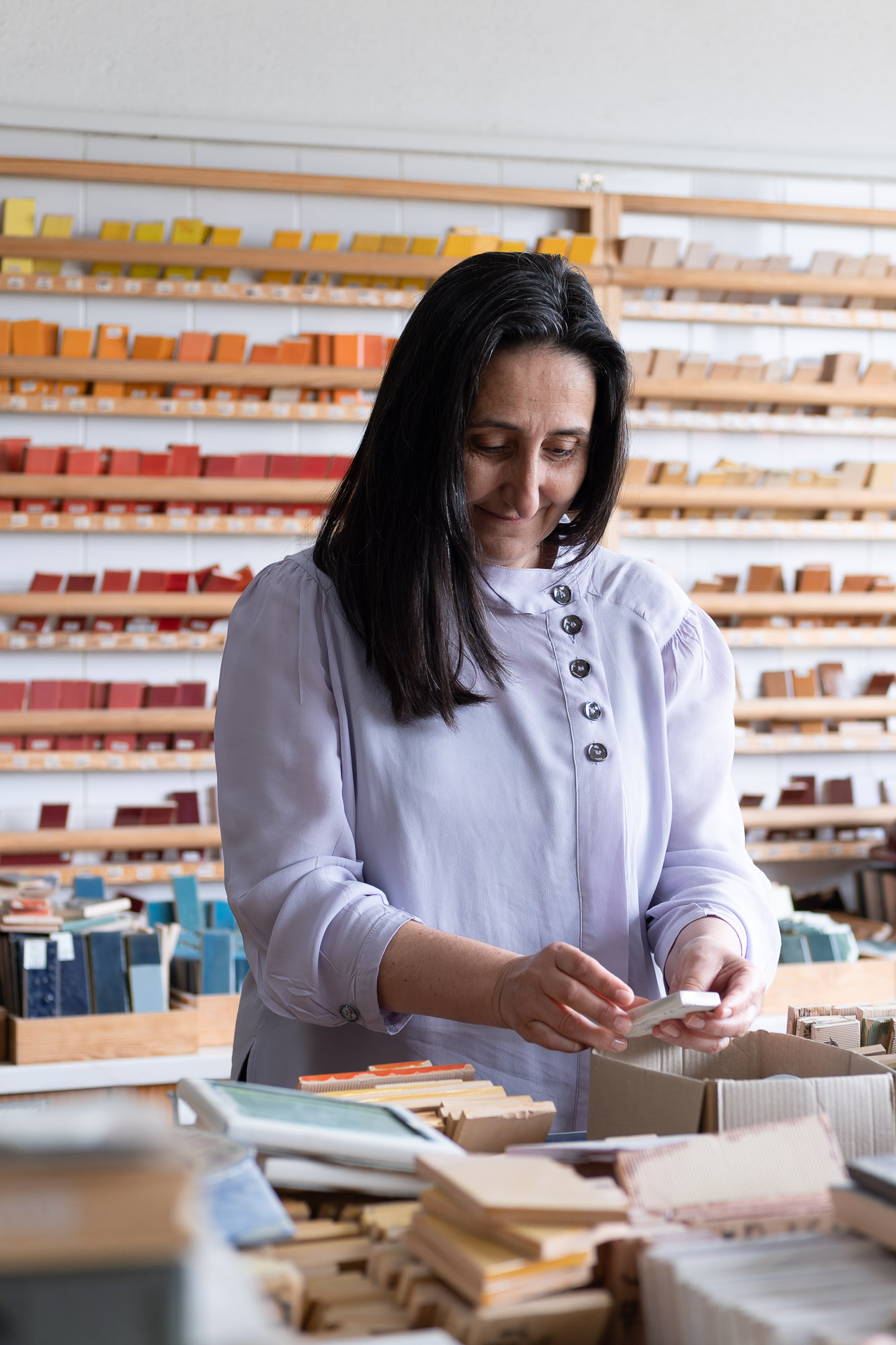 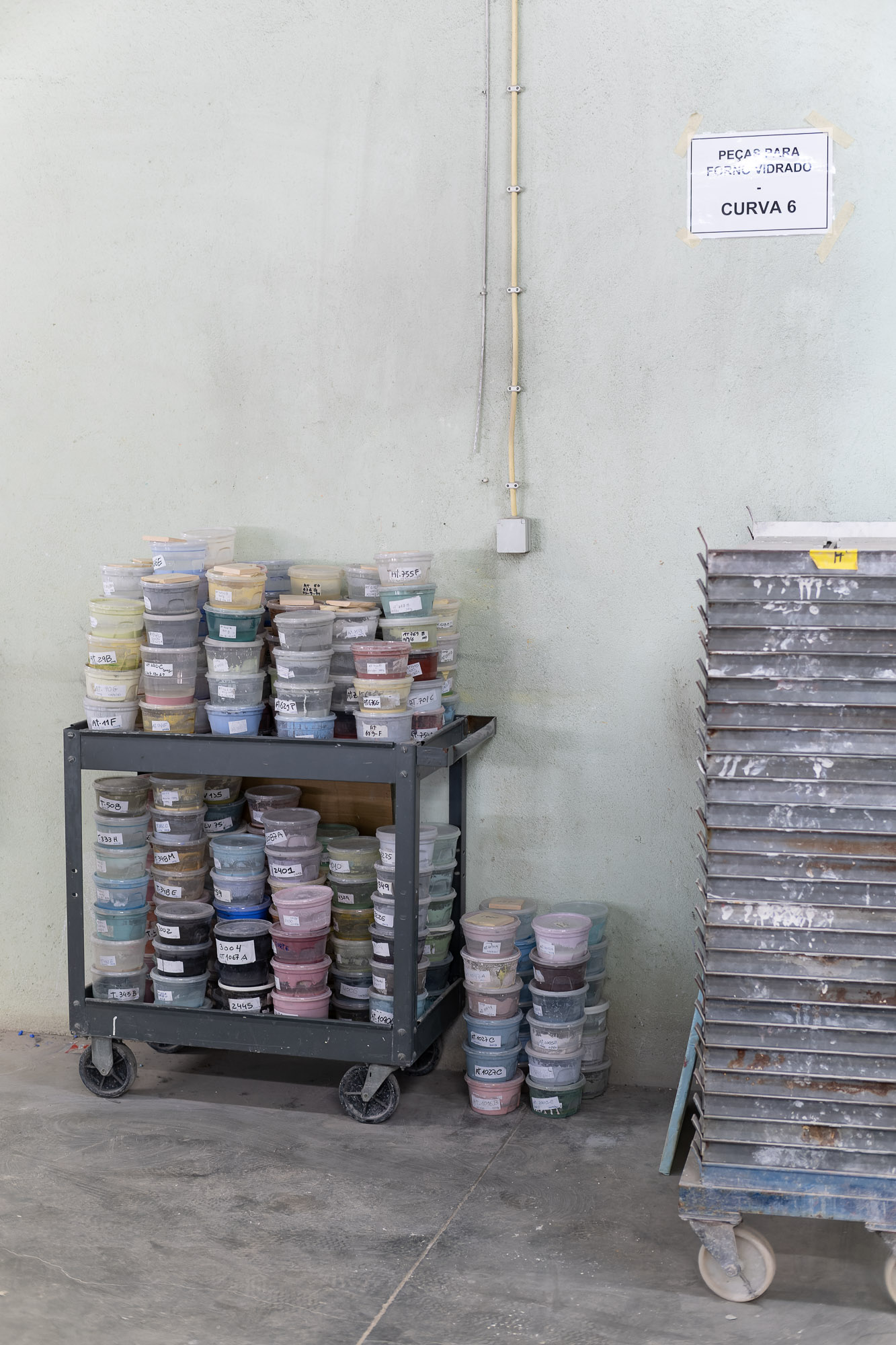 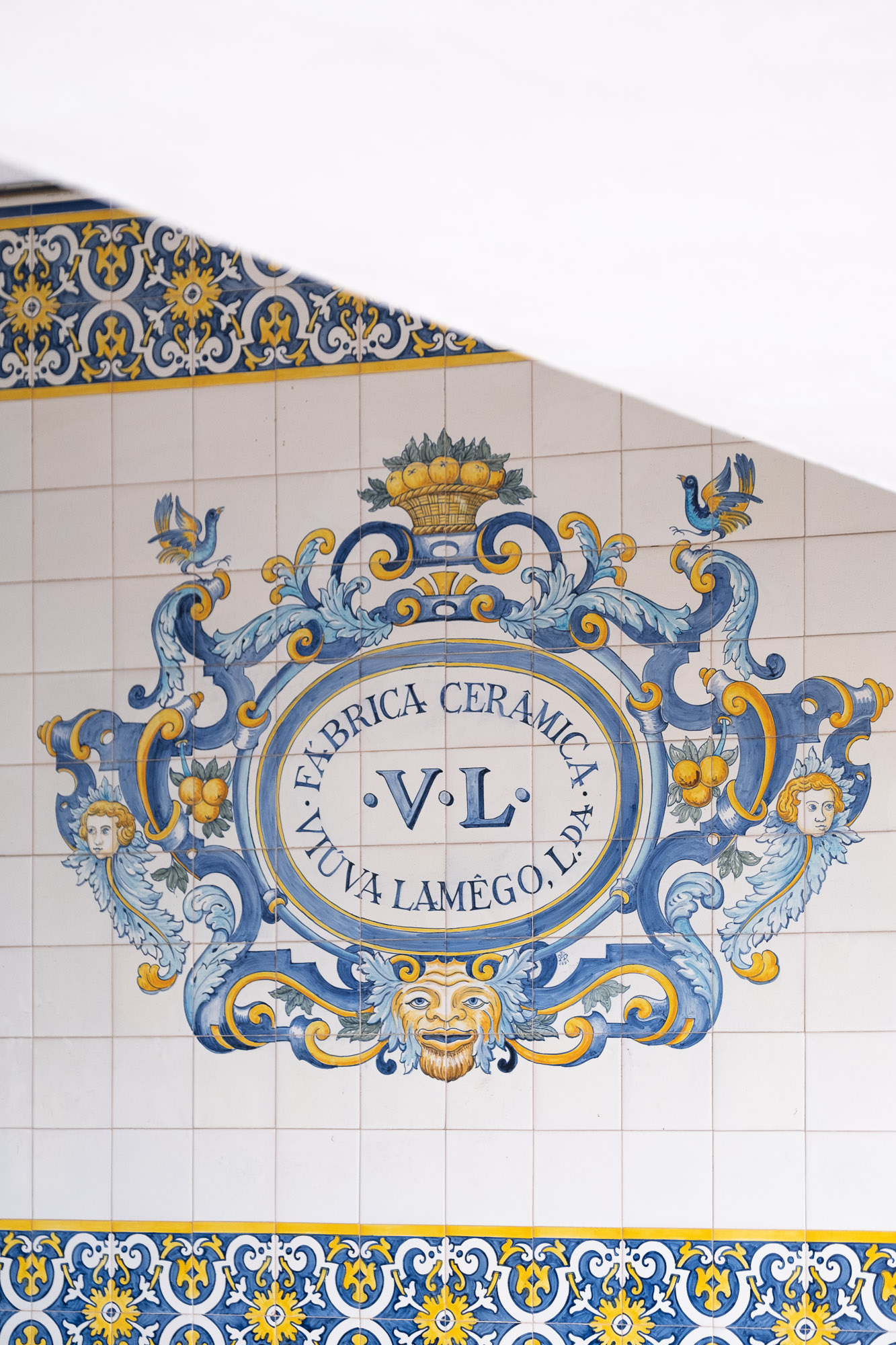 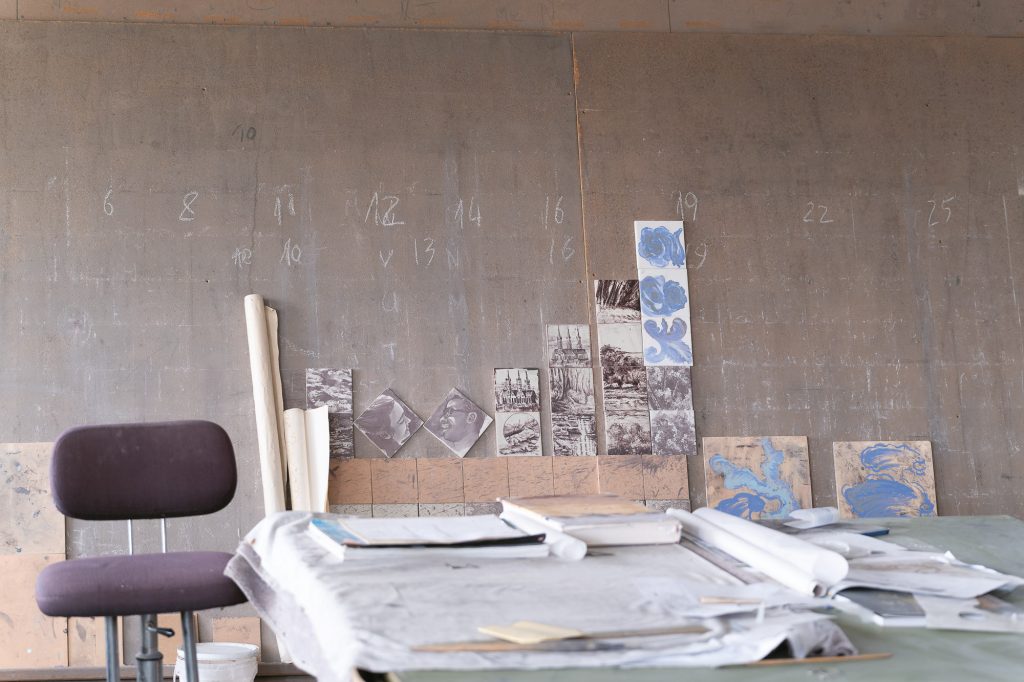 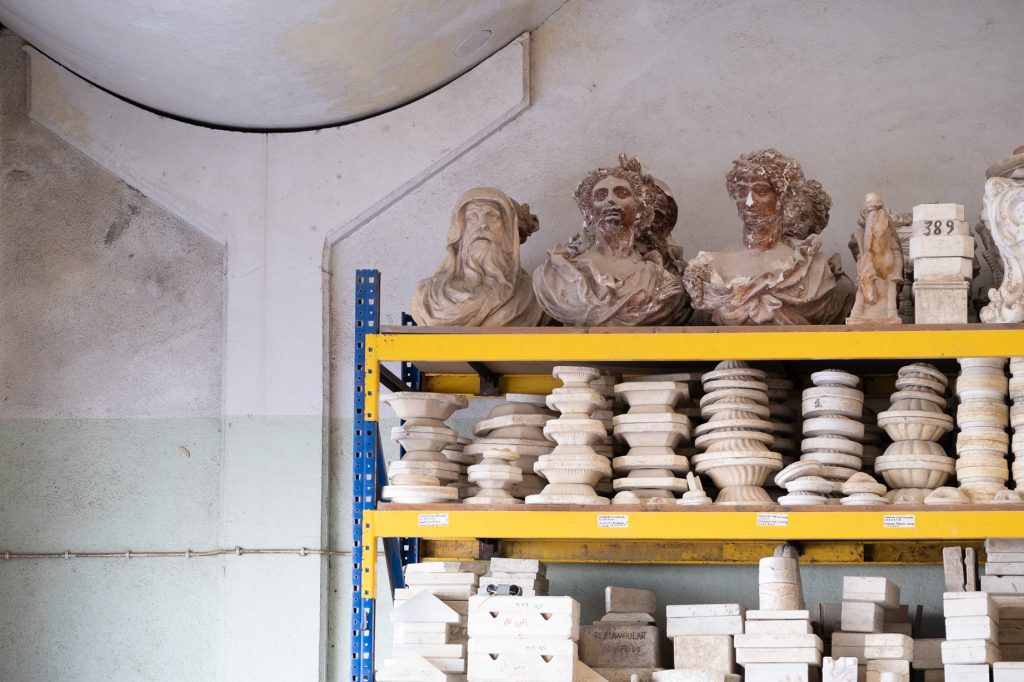 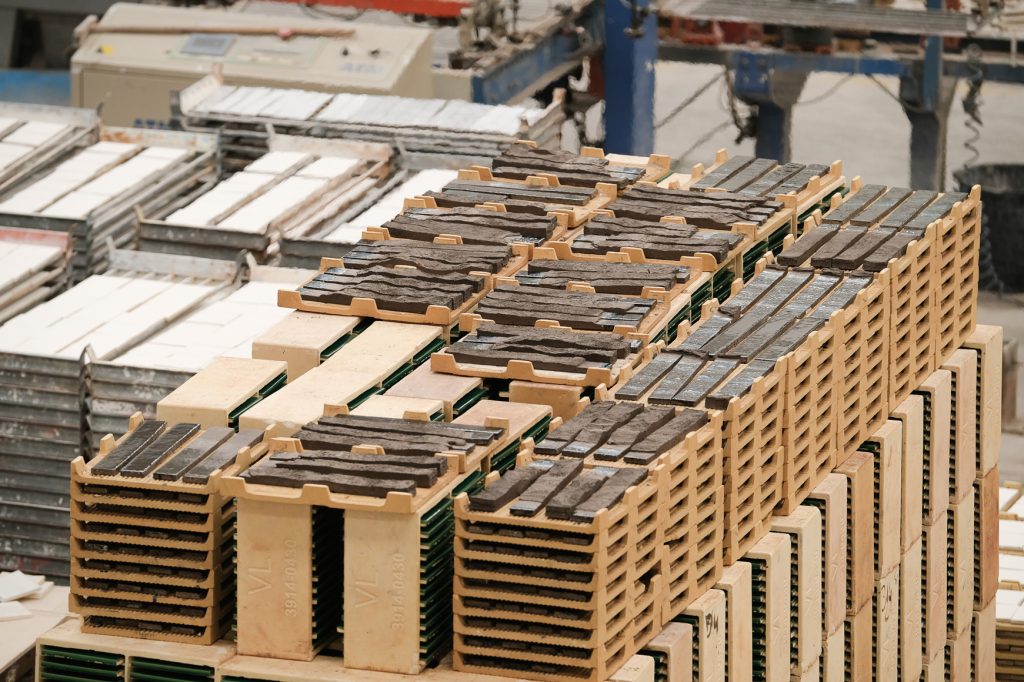 For us, this legacy of secrecy meant things such as having trouble reproducing an exact colour, because nothing was registered (...) Today we have a structure and a team that’s technically much more evolved.

Can you elaborate on Viúva Lamego’s relationships with artists and creatives?

Our connection to creatives has been there since the beginning: just like Leite da Silva in the fifties, our first director was a painter: Ferreira das Tabuletas. He’s the one who painted the façade of our first factory in Intendente – a large-scale advertising for our tilemaking.

Still, the fifties and the artistic residences were a milestone in advancing this connection. There’s an idea that working with artists is very complicated because they cause a lot of entropy, and that you need huge teams to deal with this kind of project, but our overall experience is very positive. Our team is suited to working on creative projects, and we feel that it’s a win-win situation: we have a lot of technical knowledge we share with the artists, and in return we learn a lot from each challenge they bring us.

I should add that artists have always been very generous with us. They’ve been instrumental in the longevity of the factory, acting as our ambassadors. It is often said that artists have a big ego, but there’s a very human component to most creatives, a great sensibility. Many of the artists we have collaborated with over the years have made active efforts to help us overcome our worst economic moments, because they cared about the company and the people working here. That’s a significant part of our work volume, projects that happen because artists talk about our work, sometimes bringing along friends to visit and get to know us, and because of the visibility their work gives us. 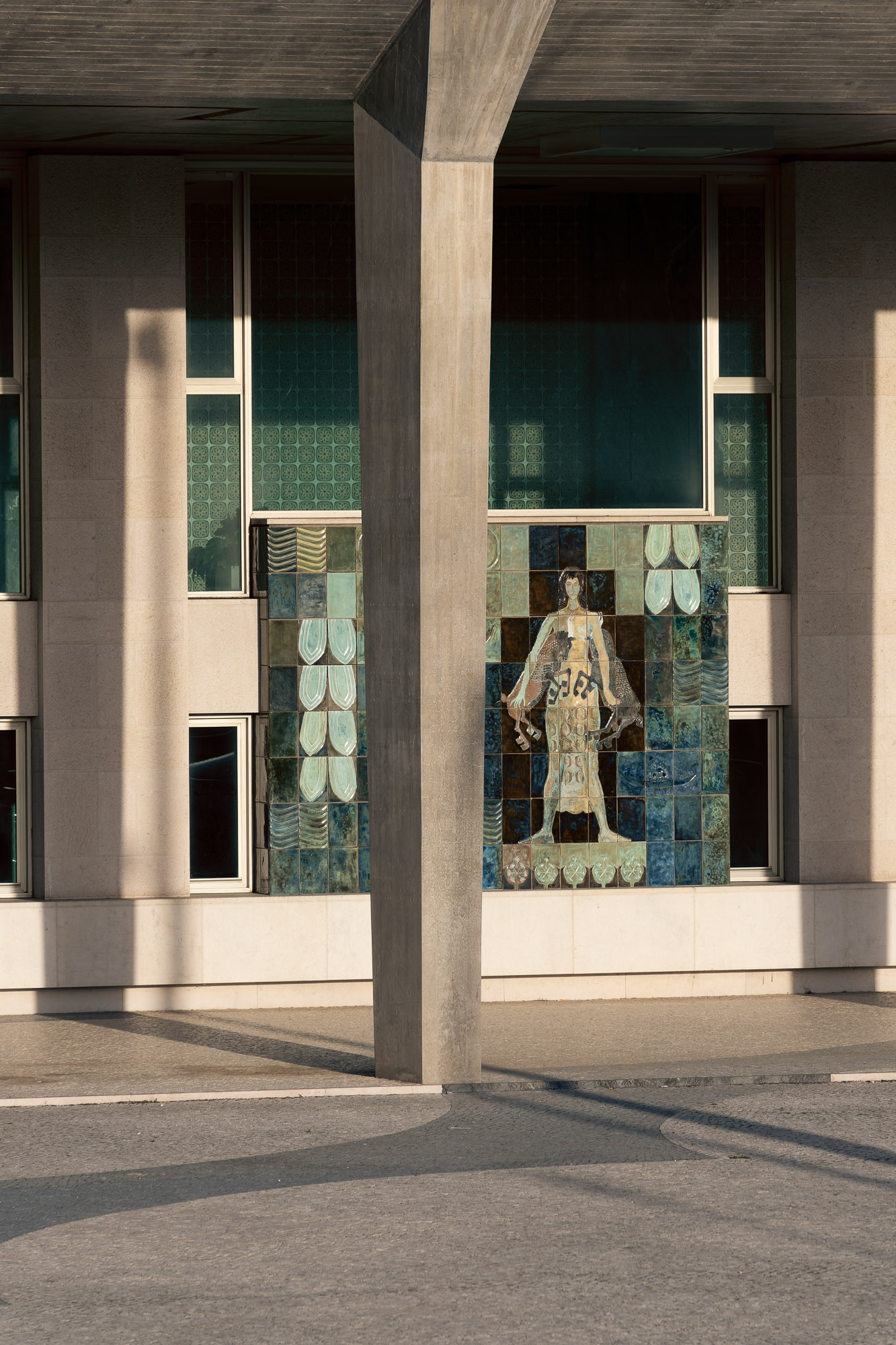 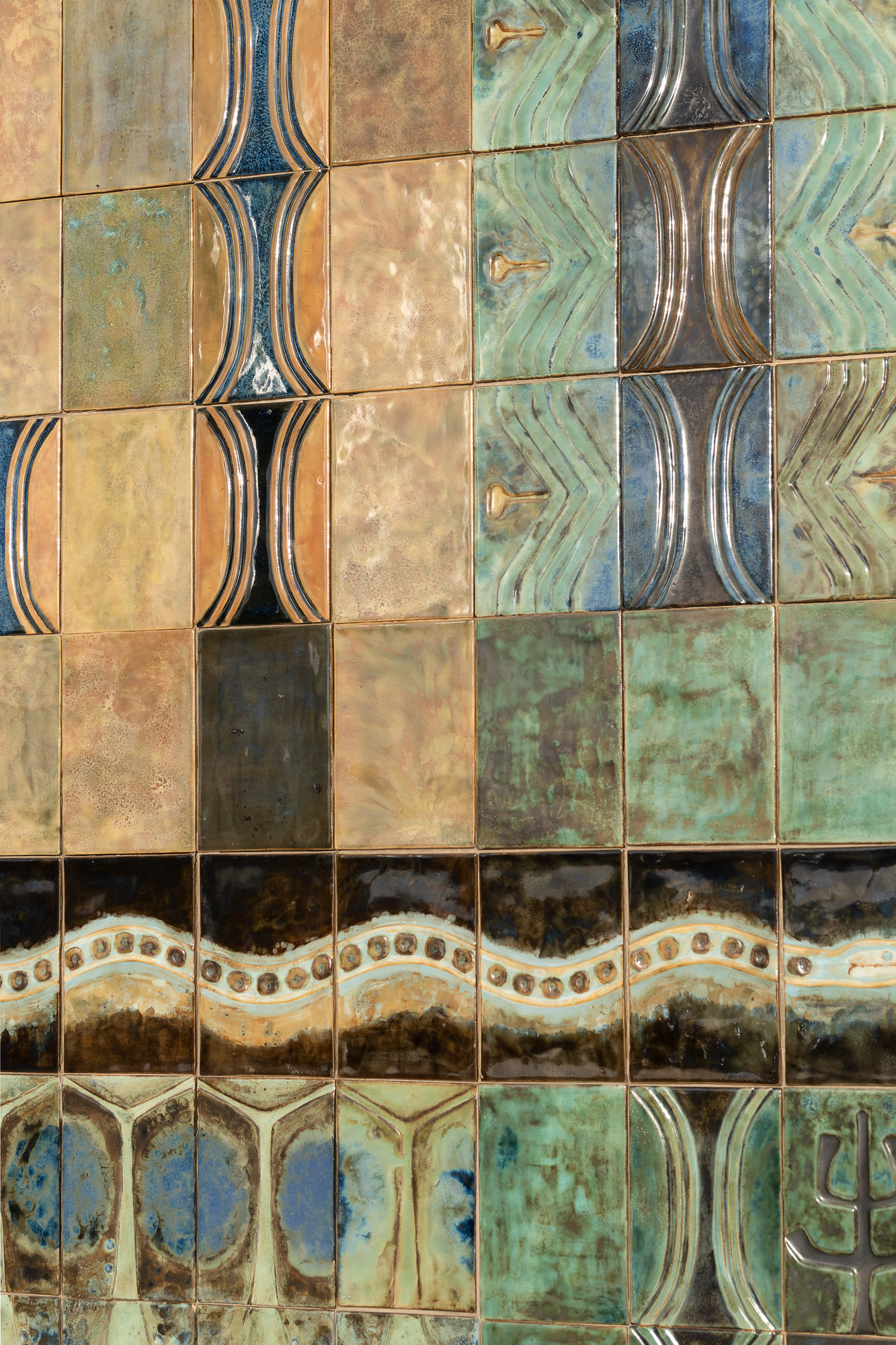 How was working with Noé?

Noé worked personally on the project, which is not always the case. Some creatives hand us the projects for us to develop entirely. He came in with this beautiful concept and we tried to help him translate that concept into ceramics, to provide the tools and the materials for him to explore and create. The project had some features that were quite innovative and thus challenging. He found an ingenuous way to translate the coastline, artistically and technically. And he was always very open to our suggestions. For instance, the wooden structures are beautiful but bending the tiles to the screen curves would have been very difficult, and he was receptive to working with long, narrow tiles rather than the typical square format, which would have been much harder. I was glad we could work out solutions together.

This website uses cookies to improve your experience while you navigate through the website. Out of these cookies, the cookies that are categorized as necessary are stored on your browser as they are essential for the working of basic functionalities of the website. We also use third-party cookies that help us analyze and understand how you use this website. These cookies will be stored in your browser only with your consent. You also have the option to opt-out of these cookies. But opting out of some of these cookies may have an effect on your browsing experience.
Necessary Always Enabled
Necessary cookies are absolutely essential for the website to function properly. This category only includes cookies that ensures basic functionalities and security features of the website. These cookies do not store any personal information.
Non-necessary
Any cookies that may not be particularly necessary for the website to function and is used specifically to collect user personal data via analytics, ads, other embedded contents are termed as non-necessary cookies. It is mandatory to procure user consent prior to running these cookies on your website.
SAVE & ACCEPT